To celebrate the mighty Bruce Lee and the four incredible new releases from Mediumrare Entertainment we have an exclusive interactive infographic with key facts about the legend himself. 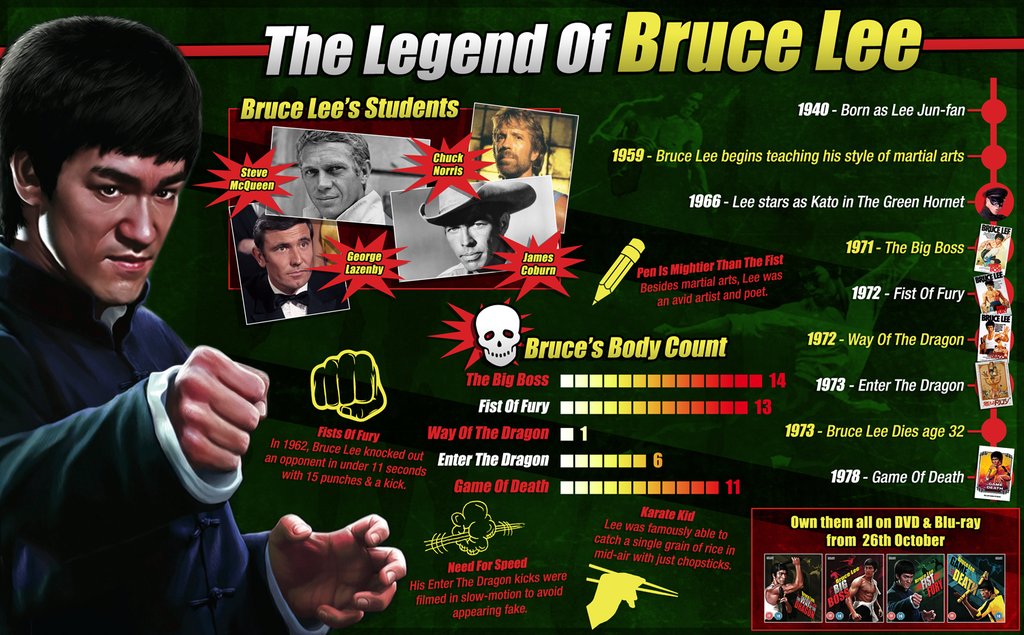 The Big Boss – Bruce Lee’s first major role and the movie that made him a star across Asia. He plays a man who uncovers a drug smuggling ring after his cousins mysteriously disappear. With a brilliant performance from Lee, plus his incredible trademark fighting, it’s a true martial arts classic! Buy it here.

The Way of the Dragon – The film that made Bruce Lee an icon and one of the biggest movie stars in the world. He plays a martial artist who travels to Italy to defend a relative’s restaurant from local gangsters. Though it’s as much a culture clash comedy as a martial arts film, it features some of Lee’s most famous action scenes. Buy it here.

Game of Death – The legendary martial arts film that was still unfinished at the time of its star and director Bruce Lee’s death. Using a mixture of newly shot scenes and footage taken from earlier in Lee’s career, the film was given new life and became another martial arts classic. Buy it here.